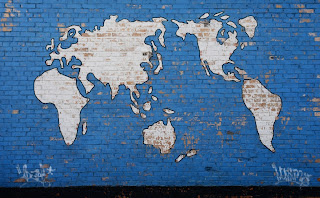 
UPDATE MAY 12
TRANSPORTATION TO MAY 20 NATO PROTEST - how to get to Petrillo
UPDATE MAY 6, 2012
FREE BUS TRIPS TO CHICAGO NATO
from NYC, LA, Oakland, and other cities.

UPDATE: APRIL 28, 2012
According to news reports, Chicago police will not enforce the Illinois Eavesdropping Law during the NATO Summit in Chicago.  This means live streamers are free to record audio with their video without fear of prosecution under the eavesdropping law.  Please see this news article at the NorthWest Times. This is great news, since many streamers are expected to show up at the summit and protests.

G8 CAMP DAVID: Protests are being held May 18 – 19 in Frederick, Maryland, the second largest city in Maryland.  Occupy Frederick is organizing the protests to be legal, peaceful and non-confrontational.  Please respect this.  Planning is ongoing and help is welcome. Groups that plan to attend should act now to get in on the planing. If you would like to be in on the planning or plan to bring a group, email me and I will connect you to the right people.    OccupyPeace@gmail.com

Want an inside look at Camp David? See  this blog: ABOUT CAMP DAVID
The parks surrounding Camp David will be closed during the G8.  Some camping has been arranged elsewhere.  Again, email.  Since Frederick is a major city, there are also plenty of hotels.
Friday, May 18 is an Economic Forum planned by Occupy DC in conjunction with Occupy Frederick.  Saturday, May 19 is a family-friendly block party with music, information, etc.
As information becomes finalized, I will post it here and it will also appear on this site: http://www.occupyg8-2012.org/

NATO CHICAGO:
The main protest is on Sunday, May 20, starting at noon.  This is a legal, permitted, insured, family-friendly, safe protest event. Please respect this.  It has taken many people a great deal of hard work and great expense to put this event together - so please respect it.

Sunday May 20 Schedule:
12 noon -  RALLY in Grant Park by Petrillo Bandshell.  This is in downtown Chicago one and a half blocks east of Michigan Avenue, between Monroe Street and Jackson Drive.

1:45 PM - 4:00 PM  – MARCH kicks off after the rally.  This is a fast 3 mile march that takes 2 hours and 15 minutes.  The march will be in the street on a designated route and no off-shoots or detours will be allowed. The march heads toward McCormick Place, which is patrolled by the US Secret Service, which  has said it will have snipers, drones, etc.  Please be aware.  The march is planned to be peaceful, lawful, permitted, and family-friendly.  Please help keep it that way.

Where to Stay:  Chicago has no Occupy camp and there is no place to set up a camp in Chicago.  Some people not from Chicago have posted about camping in Chicago, but this is pure fantasy.  There is no place anywhere near Chicago to camp.  There is, however, a fantastic all-ages hostel right downtown.  You will need a reservation. There are group rates.  The hostel serves free breakfast and has a kitchen and social rooms.   If you plan to cook in the kitchen, there is a Jewel Foods, which is a big grocery store, about 4 blocks south of the hostel on Roosevelt and State.


There are also hundreds of hotels in all price ranges. I strongly suggest you stay actually in the downtown area bounded by Lake Michigan on the east, Franklin Street to the west, Congress to the south and Division Street to the north.  Some Public transportation to the south may be cut off during the summit, so you are best to stay downtown or north of it.

Chicago Police: I have heard stories about Chicago from people who obviously know nothing about it.  Chicago police are very friendly and have a commitment to facilitating protest.  They will usually be very present, but they lay back and do not bother people.  However, they will not tolerate any going in the street or “taking” a street at an unpermitted protest.  Also, they will not tolerate any form of property damage or vandalism, throwing anything, acting rowdy, or going where you don't belong.  Neither will people from Chicago tolerate any such things.  I have been told that holding tents are being erected on the grounds of Cook County Jail, for use for protest arrestees.  To be blunt – if you don’t follow the law in Chicago, you will end out spending your trip in one of those tents.  There are lots of fun and interesting things to do in Chicago, and I hope you choose to do those things instead.
Transportation: You don't need a car in Chicago downtown area.  If you fly into Midway, you take the Orange Line CTA train downtown. If you fly into O'Hare, you take the Blue Line CTA train downtown.  These trains are connected into the airports, though hearty walking is involved.
CTA TRIP PLANNER.
Bikes: While downtown, you walk or might take any train or bus line or hail a cab.  A bike is also great and there are bikes for rent. THIS PLACE rents bikes, skates, etc. and does Segway and bike tours. THIS PLACE also rents bikes.  In Chicago downtown, you'll see lots of groups touring on Segways, people riding carriage-style bikes that hold four people, groups of skateboarders, and bikes.
Eating: Chicago downtown is full of thousands of places to eat at all price ranges.  Great food in lower price ranges can be found at Subway, Cafe Baci, Panera, Corner Bakery, hundreds of other places.  As a Chicago tradition, most places post a menu outside so you can check prices and selection.
FACILITIES:
Occupy Chicago – outdoor day time HQ is Lasalle and Jackson, but only when an actual gathering has been called.  Indoor HQ is at 500 West Cermak. Occupy Chicago has never had a camp.
MultiKulti – 1000 North Milwaukee. Indie Media Center that can be used by people coming for protest.  Also has drum circles, jam sessions, events.
Chicago Cultural Center - Michigan Avenue, entrances on Randolph Street and Washington Street.  Randolph Street entrance has Visitors Center with maps, brochures, and helpful people.
MORE INFO ON CHICAGO AND NATO PROTESTS
WORLD INDIE MEDIA GATHERING

Protest Questions and Answers
Spying on Protesters
UCLA Used by LAPD to Detain Protesters
Protesting: What is Legal and What is Not?
Protest or Riot? Sliding Scale
George Floyd Protests
You have rights if ICE is at your door.