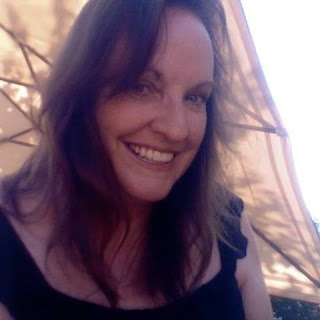 Hey, I hope you have fun reading the blog and I hope you learn some new things.  It's not meant as legal advice, but I do decent research to make the posts informative and practical.

If you want to say hello, shoot me an email.   suebaskomusic@gmail.com

My main legal work is music and film and media law.  If that interests you, check out my other blog HERE.  -- Susan

Media: Susan Basko is available as a news source and also gives interviews.  Susan Basko has been a media source for ABC Nightline, BBC, Chicago Tribune, Chicago SunTimes, LAist,  Crain's Chicago Business, and many others.

LAWYER:
Susan Basko is lawyer in the bars of California, Illinois and is an Attorney and Counsellor of the Supreme Court of the United States of America.  She is also an avid writer and owns several popular blogs.   She has produced and directed and done tech work on hundreds of television shows, videos, and events.  She is a lawyer who is an avid writer, with a technical background in television directing, producing, video editing, lighting, audio, music studio recording and mixing.   She has a special interest in protest and social justice, and in the use of new media technology as part of social change.

Susan  Basko has a Bachelor of Arts in Film and Video from Columbia College Chicago.  She used the knowledge gained there to produce and direct a few hundred low budget television shows and videos for many prestigious organizations.  She also did tech work and production on hundreds of small, medium, and large-scale events, such as a Chinese circus and a giant rave dance floor.

Susan Basko writes a popular blog about Music and Media law.  That blog helps musicians, filmmakers, and other creative people understand basic law that applies in their fields.  She also interviews people such as music producers, a music video producer, designers, and a skateboard artist.

FREEDOM OF ASSEMBLY: Susan Basko writes her blog OccupyPeace, which assists people worldwide in planning peaceful protests.  Sue has also assisted people worldwide with planning peaceful protests.  In 2012, she assisted OSCE-ODIHR, the Organization for Security and Cooperation in Europe, Office of Democratic Institutions and Human Rights,  which has over 70 member nations, with organizational help for a study of Human Rights in Public Assembly.  The U.S. locations covered included the NATO protests in Chicago, the G8 protests in Maryland, and the Occupy protest movement in New York, Chicago, Los Angeles, and Oakland, California.  The paper was presented to an international panel at the OSCE- ODIHR Summit in Vienna, Austria in November, 2012.  The study was groundbreaking in having ample video evidence for its statements of police abuse and human rights abuses in protests.  This video evidence was provided by indie media livestreamers across the U.S. and in other locations worldwide.

Susan Basko was honored to be invited to participate in the 2012 OSCE - ODIHR summit on Freedom of Assembly and Freedom of Association in Vienna, Austria, sponsored by the Irish Consultancy.  Sue put forth international legislative proposals for promotion and protection of the use of cell phones, live streaming and wifi at protests.  The proposals were included in the final draft of the legislative recommendations to the approximately 60 participating nations.

Susan's interest and commitment to freedoms of assembly and association infuse all of her work.

University of Chicago Institute of Politics, 2016-17
Attended seminar series taught by Deray McKesson, famously known for his participation in Black Lives Matter and as the founder of Project Zero.

PERSONAL:  Susan Basko has a life-long commitment to walking, bicycling, and using public transportation.  She promotes a city infrastructure that welcomes bicycles and skateboards.  She likes fresh fruits and vegetables and whole grains.  She comes from a large, wonderful, close-knit family.  Music, nature, and good people are her favorite things.


Email:   SueBaskoMusic@gmail.com
(No Phone calls.  No snail mail.  Email ONLY.)

You have rights if ICE is at your door.